The APT Summer Festival Hanoi concluded its thirteen day run at the Viet Nam Series of Poker (VSOP) with 29 players crowned as champions! In addition to event winners, Filipino pro Vamerdino Magsakay won the APT Player of the Series, finishing second was Malaysia’s Chang Xiang Guang, and in third place was India’s Ankit Kumar Jajodia. The festival ran from July 12 to 24 and paid out over VN₫ 43.8 Billion. A big thank you to everyone that attended and congratulations to all the winners!

The Asian Poker Tour‘s next stop is in Ho Chi Minh City from August 8 to 17. Lined up are 21 events and VN₫ 7 Billion in guaranteed prize pools. We look forward to seeing everyone there. The games take place at the Saigon Poker Club.

Deja vu! Filipino pro Vamerdino Magsakay once again ruled the POS standings to claim the title, the POS Ring, an exclusive watch, and US$ 800. This was Magsakay’s second POS win. Back in April he won the distinguished title at APT Phu Quoc Vietnam. To come out on top again, Magsakay earned points in three events. The biggest load was for his victory at the Main Event. He also finished 9th at Event 18: Deep Stack Hyper Turbo and 3rd at the final Deep Stack Turbo of the series. Magsakay joins fellow countryman Mike Takayama and Japan’s Iori Yogo in clinching two POS titles.

Coming in second at the POS race was Malaysia’s Chang Xiang Guang who was hot on the hunt for the title since the start. In the end, he cashed at 7 events, the most by anyone at the series. For his achievement, Guang was awarded a POS trophy and US$ 100. Guang’s achievements:

India’s Ankit Kumar Jajodia took 3rd in the POS race to win a trophy and US$ 100. Jajodia cashed at four events. His deepest run was 3rd place at the Main Event and 3rd place at Event 5: Pot Limit Omaha. His other two cashes were 6th at the Head Hunter and 8th at the Monster Stack. 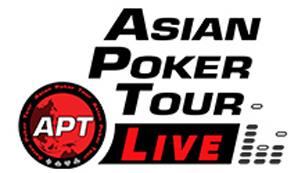 Get the latest APT updates straight to your e-mail.